Coating technologies are used to enhance film properties, such as heat sealing and gas barrier with the application of thicker coatings (0.1 to 0.5 mil) on films.

For the successful coating of a plastic film, the materials must be in liquid form. Also, rather than forming separate droplets like water the liquid must flow out on a film surface, like an oil, such as polyethylene – the liquid must wet the film. The contact angle which is the angle between a line drawn tangentially to the curvature of the droplet and the surface provides the measure of the degree of wetting. By treating the plastic film or by priming as described above the contact angle can be decreased for any given coating system, as a smaller angle results in better wetting. Also, a reformulation of the coating system can be done for improved film wetting.

The dried polymer forms a fragile, uncoalesced coating, in case, an emulsion puddle of a coating polymer is left open in room air and as such, the water gradually evaporates. Herein, in case of the sufficiently high temperature of the puddle, or sufficiently low melting point of the coating system, the puddle yields into a film, which, depending on the molecular weight of the polymer and the degree of coalescence (the joining or merging of elements to form one mass or whole) can be brittle or flexible.

It is necessary for coalescence that the particles make intimate contact with each other, which occurs naturally with an increase in the concentration of the particles during evaporation. Following this, across the particle interfaces, the polymer molecules should readily diffuse and interpenetrate. The mobility of the polymer molecules determines the effectiveness of this diffusion. Polymer mobility is a function of molecular weight and underpinned by temperature and the viscosity of the liquefying particle. These functions bring forth the necessity to balance a molecular weight low enough for coalescence but high enough for adequate toughness and flexibility of the coating film. 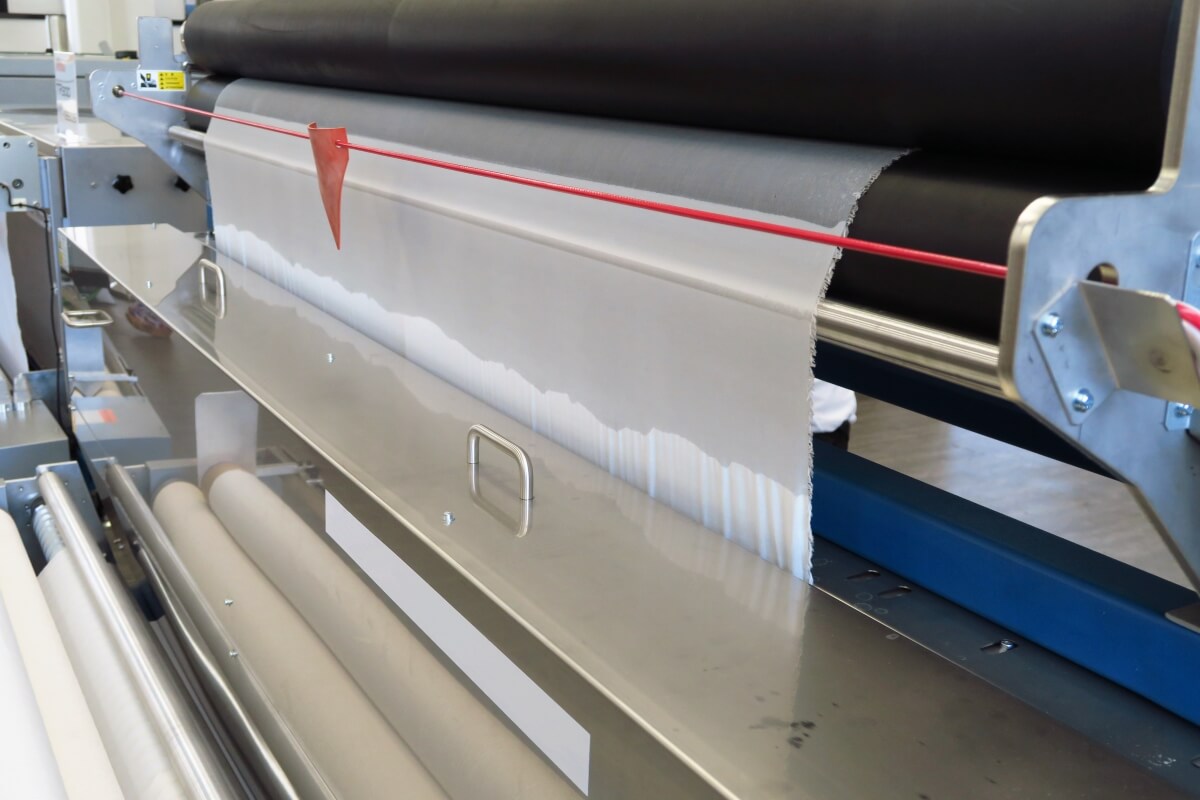 It is simpler to use a solvent coating for film formation as (considering the molecular weight is high enough) a tough, flexible film is naturally formed due to the already dissolved state of the polymer molecules.

Typically, polymerization (combine or cause to combine to form a polymer) is used to prepare coating polymers in water containing a surfactant (a substance which tends to reduce the surface tension of a liquid in which it is dissolved). This ensures the production of a stable emulsion, which is ready for dispersion. To recover a coating polymer to be applied in a solvent from the dispersion, it needs to be dried, washed and dried again. The required distribution particle size should be produced by polymerization. Lastly, the best balance of properties is achieved by creating the polymer from a mixture of monomers.