A wide range of uncoated and coated films are available, as such, in combination – two more films with themselves, films with non-plastic substrates – their properties can be considerably broadened.

Film Lamination primarily refers to creating strong adhesive bonds between the films. To apply these adhesives, multiple coating technologies present a variety of ways for application from emulsions or/to solutions. Adhesives are categorized as:

In addition, in PVDC when the gas barrier is needed emulsions of acrylics are also used, however with the outcome of moderate levels of adhesion. Both wet and dry bonding are used, wherein, the adhesive is dried before film lamination in the latter. Any of the coating processes can be used to apply the adhesive. For example, polyethylene and ethylene copolymers are some of the extruded adhesives. To improve adhesion through oxidizing the melt, often high adhesive application temperatures are used. The melt properties are modified using waxes.

More specifically, film widths up to 80 inches and film rolls up to 50 inches in diameter can be used in our laminating machines. For modifying films, the film must be unwound, fed through the process and wound again onto a uniform roll. When films are used in combination, e.g., plastic films with non-plastic substrates, it becomes essential to use appropriate techniques for handling these. For instance, due to its low tear strength and lack of ductility, while using the thin aluminum foil, it is necessary to avoid nicked foil edges and careful tension control. 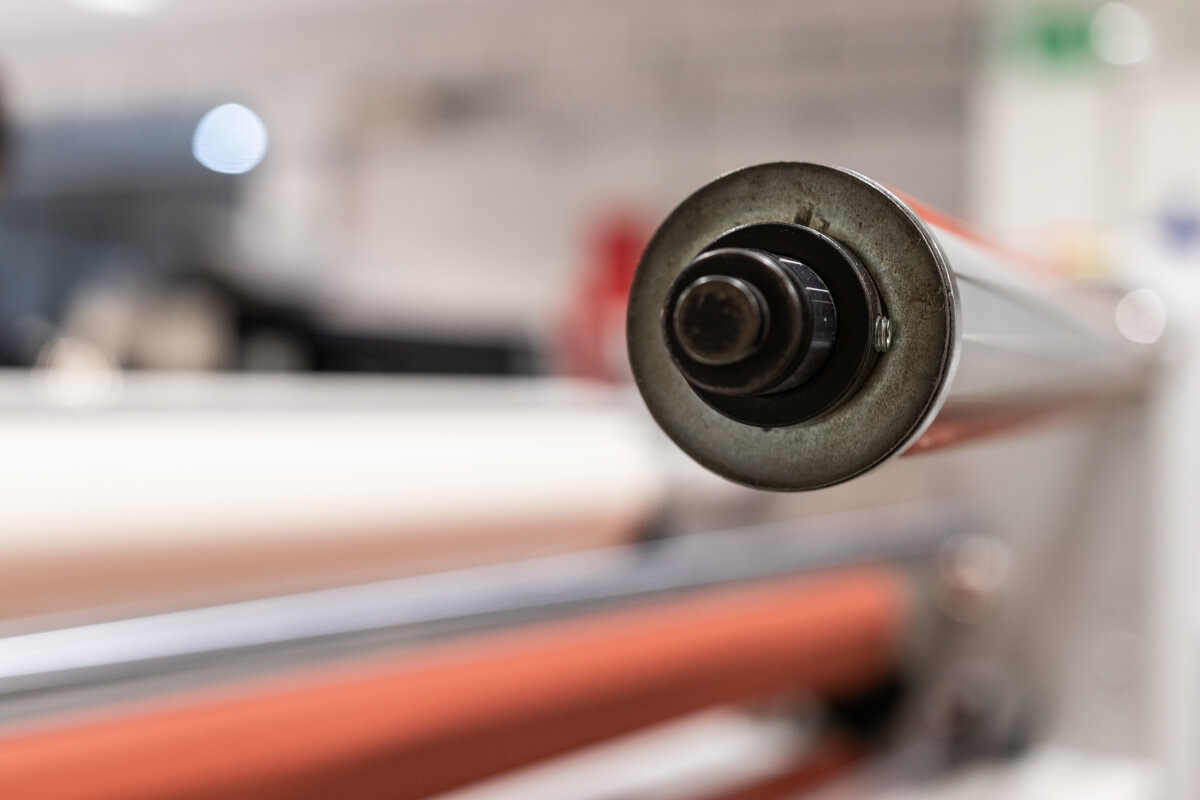 Some examples that combine the coating and laminating technology:

Here, the high barrier of PVDC and the strong heat seals of LDPE are combined, in a construct of 1 mil OPP film coated with PVDC which is adhesive laminated to a 2 mil film of LDPE. By extrusion coating LDPE onto the coated OPP, another similar structure can be made but the feasibility is uncertain due to the similar structure.

Here, thickness is ensured by laminating two oriented films in the construct of 1 mil OPP/adhesive/O.7 mil OPP coated with PVDC, where both barrier and heat seal are taken care of by the PVDC. Also, this combination offers a lower level of barrier in comparison to the first example above. In the first, LDPE (lower heat seal strength for thin PVDC coatings versus thick LDPE) provides the heating, making the coating more crystalline. Also, this combination has a low tear strength, while in the first, LDPE demonstrates characteristic higher tear strength.

Here, outstanding heat seal performance is combined with a modest barrier in the following construct: 0.45 mil uniaxially oriented nylon/ 2 mil coextruded film of LDPE and ionomer. In this thermal lamination, LDPE provides the moisture barrier, nylon ensures a modest barrier and seal performance is facilitated by the added ionomer layer. By extrusion coating, this structure can be obtained using the coextrusion technology (detailed in a later section). The mechanism adopted is based on the availability of equipment and expertise with the manufacturer.

Here, a robust heat seal performance is combined with an excellent barrier in the following construct: 0.48 mil PET film/ 0.7 mil layer of extruded LDPE (adhesive) to previously extrusion coated aluminium foil/ 2.2 mils of LDPE. In this lamination, a heat seal layer is provided by the thick LDPE coating on the foil on the outside and the barrier by the foil. In additiion, the PET film can be printed.