As mentioned in film processing sequences and in printing, a film slitter performs the following function: (i) Unwinding from a roll, (ii) feeding film through the slitting step, and (iii) winding again onto a roll. In addition, it follows the same principles for achieving uniform rolls and tension control as other processes. It has been observed that at the point of contact, the edges of the razor blades are quickly dulled for many films. This can be reduced by using the full length of the edge that is achieved through oscillating the razor blade back and forth. A tear can spread across the sheet from a nicked or torn edge, as such, it is critical to maintain a sharp blade or knife edge for low tear strength films like oriented films. 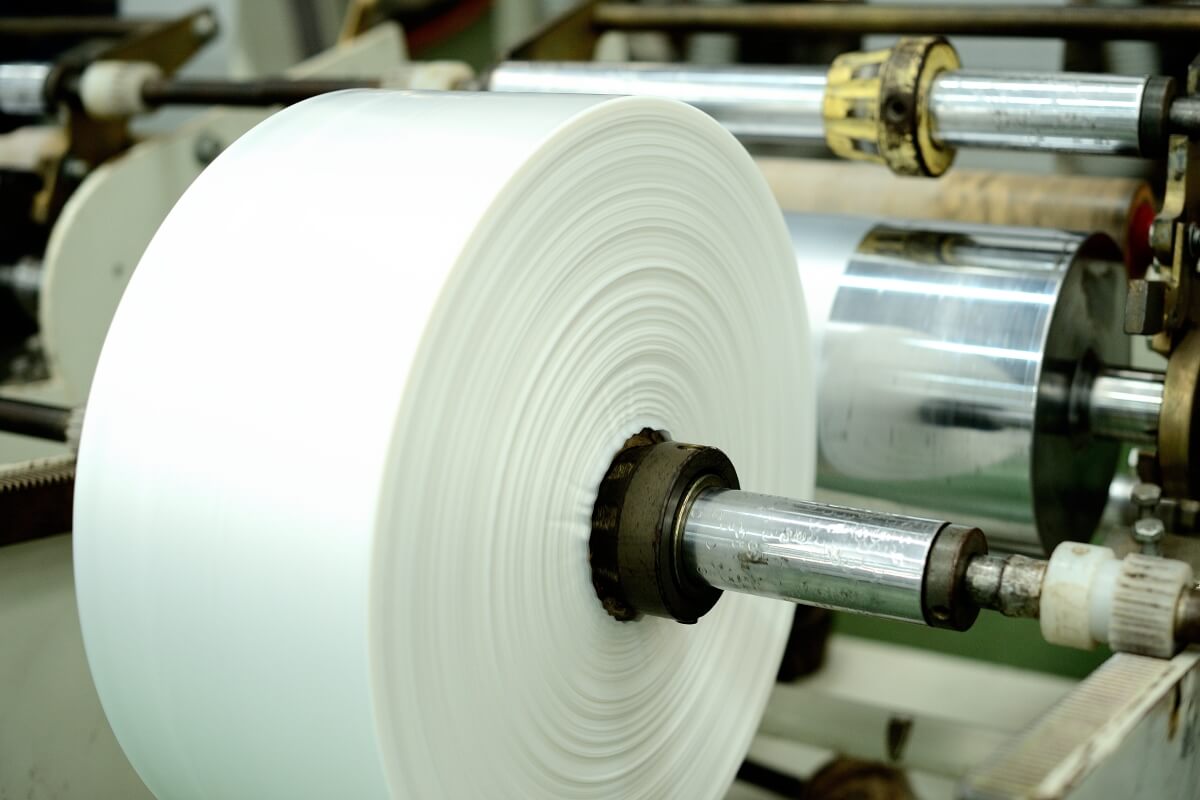 Also, shear slitting is another common method, which offers a cutting action like a pair of scissors via two circular sharp edges coming in contact. Holders are used to position sets of these knives across the sheet, and the holders can be easily repositioned and precisely set. Also, this mechanism is recommended for use while handling tough or thick films.

Another recent introduction is slitting with high-speed water jets or laser; both /produce higher speed slitting and tear-resistant slit edges. Besides, the easy alteration of slit position is another benefit of laser beam slitting. This is achieved by shifting the position of the mirrors that control the path of the beam. This though leads to extra complications, which are not preferred in the routine slitting of packaging films.

After film slitting, each new segment is wound separately onto its own roll – as such, the windup comprises of a series of rolls containing cores cut to the width of each sheet. 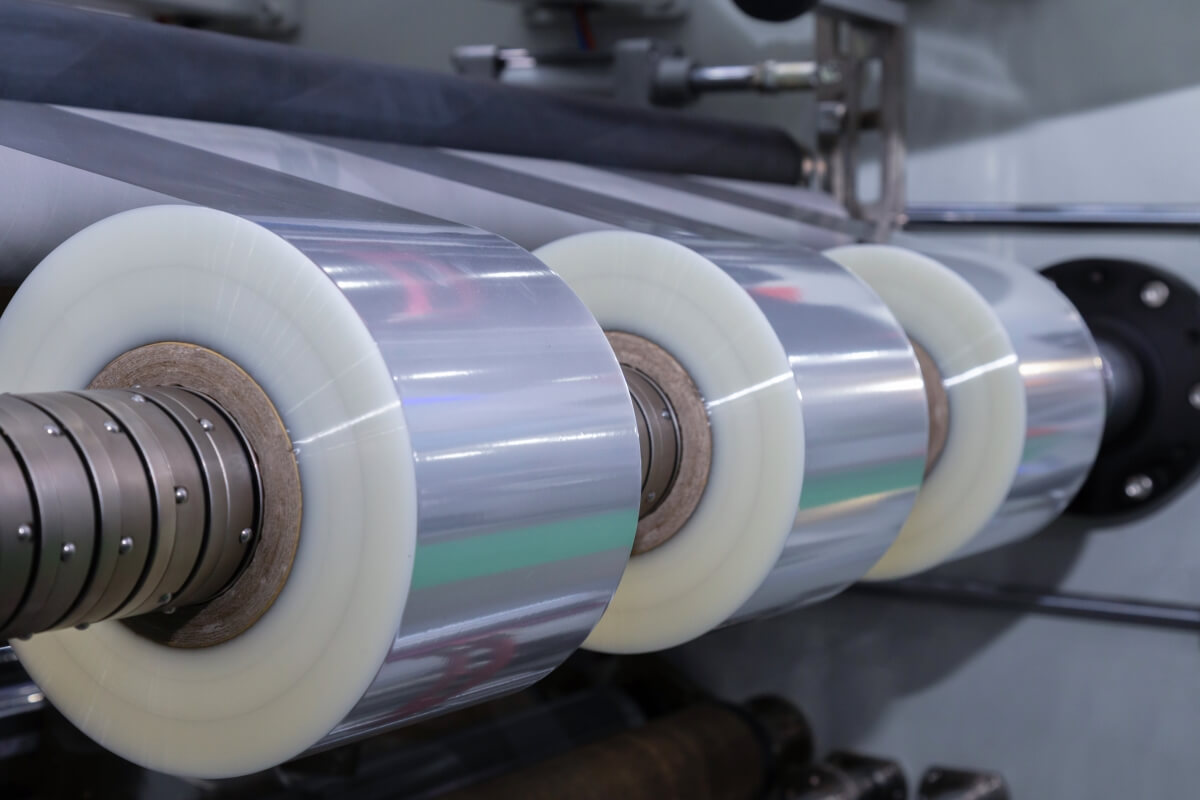 Comparable to any other film processing step, slitting can be performed just prior to winding the film onto a roll and constitutes a part of the film formation or film processing sequences. For precise control of the slitting, tensions must be optimally isolated from the rest of the process. When the pattern of widths of the slit rolls remains relatively constant, it is more economical to slit in line. Correspondingly, while handling wide, high-speed film operation it is not practical to frequently alter slit widths to meet the varied customer requirements.